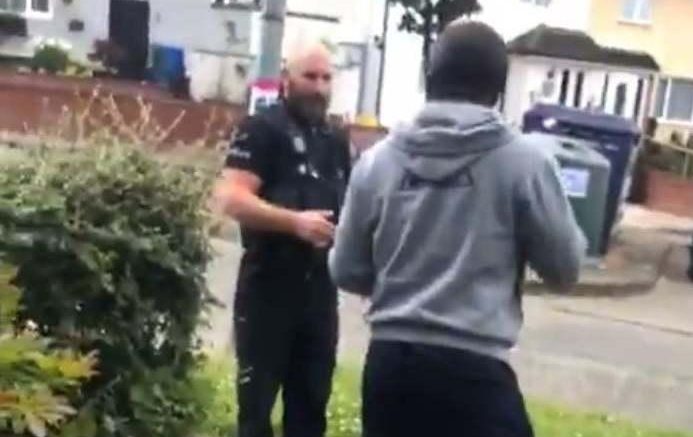 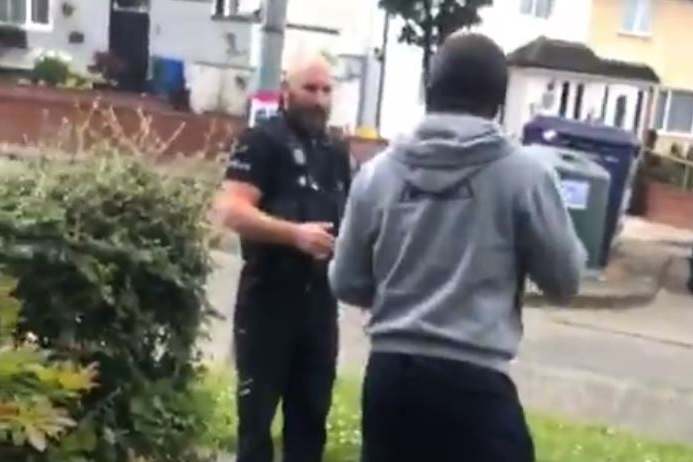 A police force has apologised after two of its officers stopped a black couple and demanded they show their IDs because they were driving a car.

Footage of the incident, in which one officer appears to suggest the couple are “jumping on the bandwagon” of the Black Lives Matter protests, sparked outrage on social media.

Ingrid Antoine-Oniyoke, 47, and her husband Falil Oniyoke, 50, were stopped in Ipswich on Tuesday after “glancing” at a police car parked near Mrs Antoine-Oniyoke’s mother’s house.

In the video, a male officer said: “At the end of the day, whether it looks funny or not, you were driving a motor vehicle on a road, so therefore I am requiring you to provide proof of drivers (licence).”

Mrs Antoine-Oniyoke tells him: “You are kidding us right now. You can see why people get upset.”

And the officer replies: “All that I need is proof that you are the driver of that vehicle, and you live here and we are gone.”

The female officer tells them in the video recording: “You have turned something irate that shouldn’t be. You are just jumping on the bandwagon – that’s not okay”.

She appears to be referring to the recent anti-racism and George Floyd demonstrations.

The male officer then tells Mr Oniyoke and Mrs Antoine-Oniyoke “you look suspicious”.

He continues: “You can argue and you can say ‘why, why, why the whole time’.”

Mrs Antoine-Oniyoke tells them “this is disgusting” while her husband says “this is profiling”.

“You can laugh and shake your head as much as you want,” Mrs Antoine-Oniyoke says.

The couple’s daughter Maja posted her mother’s recording of the exchange on Twitter, prompting Suffolk Police to issue an apology.

The force said: “Suffolk Constabulary is aware of the video circulating on social media involving two of our officers.

“Having looked at the issues raised by a large number of people, particularly regarding certain comments which were made on the video, we would like to apologise for the offence these have caused.”

The statement continues: “The constabulary is very aware of the depth of feeling surrounding the events of the last few weeks and the issue of racism in our society.

“We always try to ensure we police all our communities with dignity, respect and fairness. Where those values are not met we will do everything we can to learn from that.”

Maja, a student, said she was so upset by the clip that she found it hard to watch.

“My grandma and my uncle live (in Ipswich) – my uncle and quite a lot of the black community in Ipswich in response to this have said there is an issue with race and the police,” she said.

Her parents had only been to the garage to collect her mother’s car and had “glanced” at the police car parked in the quiet street as they returned.

The two officers only left once her father showed them ID. 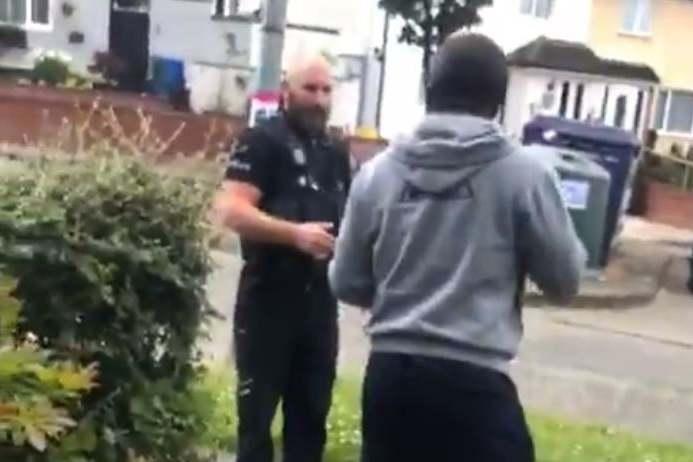