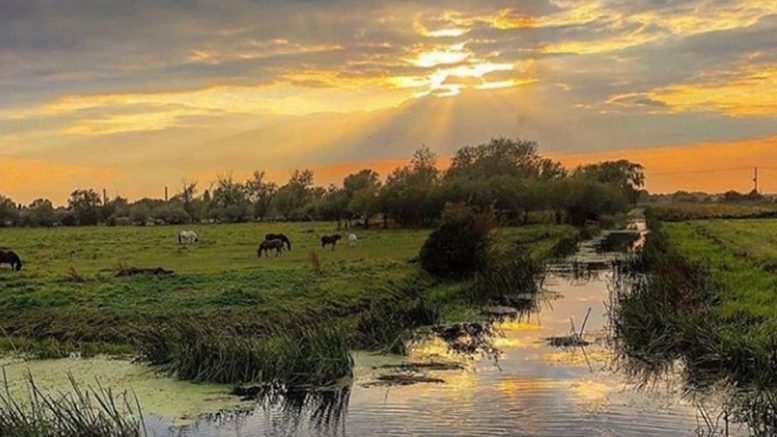 A new heritage walk has been devised in one of Cambridgeshire’s most picturesque market towns, guiding visitors around its historic landmarks and beautiful nature reserves. The route, which takes walkers to some of Whittlesey’s oldest buildings and prettiest parkland, launched earlier this week, on Thursday, October 20.

There is a shorter and a longer version of the Whittlesey Heritage Walk, but it ultimately takes participants on a circular route to and from the Market Place around monuments such as Whittlesey Town Hall, St Mary’s Church and Must Farm, a Bronze Age settlement. You can also follow a greener route, hitting Kings Duke Nature Reserve and Lattersey Nature Reserve.

New signs and wayfinding information boards have been erected to guide people along the route. There is also a brochure including a map available for download or to collect from the Town Council offices in Queen Street and a free app which includes both the route and a treasure hunt for children.

READ MORE:This autumnal Cambridge walk takes you from the bustling centre to a common with free-roaming cows

To make the route more accessible, footpaths in the Fenland town have been resurfaced and safety barriers replaced. There are also additional places to sit as well as new fencing and dropped kerbs.

There are also lots of historic buildings to see from St Mary’s Church and St Andrew’s Church to the Old Vicarage and the Grade II-listed George Hotel. On the longer route, you’ll also walk through Whittlesey Washes and Whittlesey Mere and spot birds and wildflowers.

The Whittlesey Heritage Walk was developed by the Fenland District Council and funded by a £218,169 grant from the Cambridgeshire and Peterborough Combined Authority and £2,000 from Jones Brothers Construction. Cambridgeshire County Council was involved with route improvements while Whittlesey Town Council and numerous local organisations contributed to the plans.