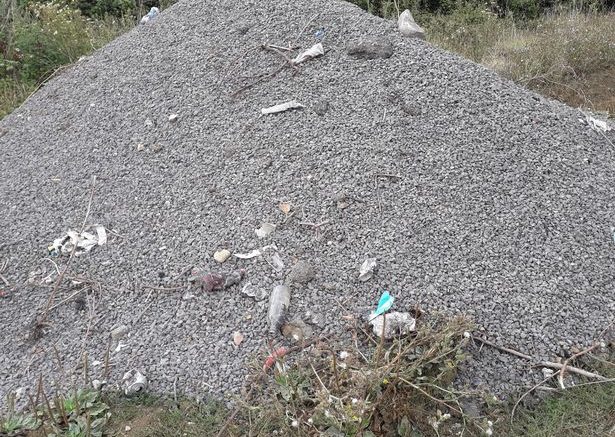 Residents have voiced their concerns after tonnes of road waste was found on a Soham byway. Pictures taken showed a vast amount of material on Highfield Drove.

A number of reports have been made over the past few weeks of plastic bottles, cans, road signs and road sweeper brushes being dumped. This has led to concerns over increased fly-tipping in the area.

One person said that it was “ruining the ground structure of these ancient byways”, while another described the pile-up as “a disgusting mess”. However, the county council have said that it is being done under their recycling and environmental policy, with plans for the leftover material to be reused.

Get more news from CambridgeshireLive straight to your inbox for free HERE .

A spokesperson for Cambridgeshire County Council said: “This is leftover material from our county-wide surface dressing programme, rather than send it back or dispose of it we’re re-using it on our byways, including in Soham. We hope the material will help make some of our byways smoother and easier to access for people.

“It is not acceptable that this surfacing material contains rubbish and we will be making sure it is removed before it is used.”

More car-free roads ‘to be approved’ outside Peterborough schools