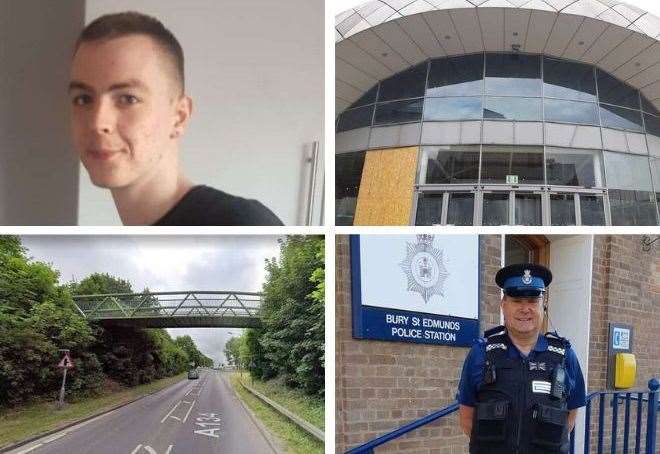 In today’s podcast, we have the news that Suffolk Coroner’s Court has been told the murder of a vulnerable Ipswich man could possibly have been prevented if it weren’t for several individual failings.

Joe Pooley, 22, was found in the River Gipping on August 13, 2018, six days after he was attacked, held underwater and drowned.

An inquest today looked into what was described as ‘several individual failings’ prior to the death. For more, click here.

Next, readers have given their reaction to a suggestion that Primark could move into Bury St Edmund’s flagship store.

It was a suggestion in a document, linked to plans for an Everyman Cinema in the basement of the empty Debenhams department store, that a Primark could move in which has had readers talking.

Jonathan Parker said: “A Primark would make the most sense for a shop that size” while Laura Mitchell felt that Primark was ‘awful’.

Meanwhile, a vehicle was damaged after an object, believed to be a piece of concrete, was thrown from a bridge in Sudbury.

The incident was at about 6.30pm on Friday in Springlands Way (A134) and it is believed the object was hurled from a bridge that crosses the road between the First Avenue and Drake Road junctions.

And finally, a Bury St Edmunds PCSO Mark Ellis has been praised as an ‘angel’ after coming to the rescue of a pensioner badly injured in a fall who faced a wait for an ambulance of up to 20 hours.

Sue Petts, a resident at Montana Care Home, in Great Barton, fell outside EE in Buttermarket at about 2.30pm on Monday.

The ex-police officer of more than 30 years said he was driving his van down Buttermarket, when he was hailed down by members of the public. 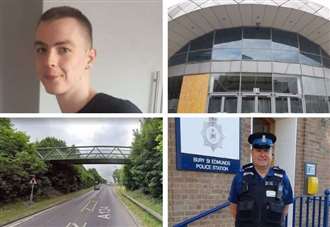 In today&#39;s podcast, Suffolk Coroner&#39;s Court has been told the murder of a vulnerable Ipswich man could possibly have been prevented. Suffolk News – Ipswich News Feed …

As names go they don’t get any bigger than this. What a treat to have Sir Ian ‘Beefy’ Botham at the Corn…

A police force has apologised after two of its officers stopped a black couple and demanded they show their IDs because they were driving a car. Evening Standard – Ipswich…