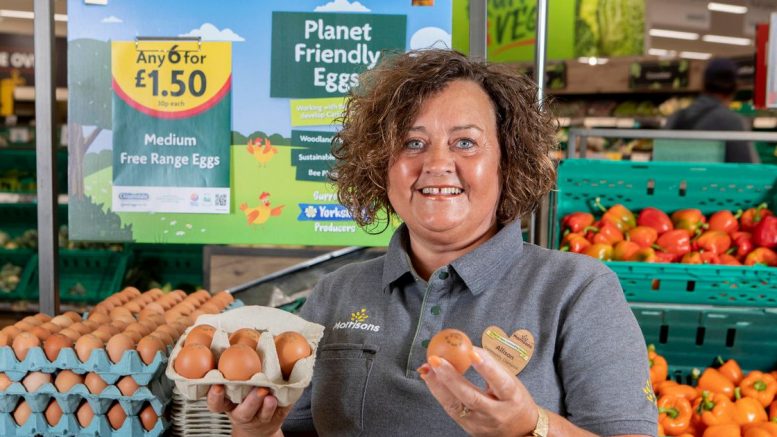 Major supermarket chain Morrisons has begun selling carbon neutral eggs after a team of Cambridge scientists hatched a plan to cut waste from food production. Better Origin, a start-up based at the Allia Future Business Centre on Kings Hedges Road, says their mission is to “fix the broken food chain”.

The company supplied Morrisons with 10 insect mini-farms which are used to feed their hens instead of the usual soya. The insects are themselves fed by food waste from the supermarket’s fruit and vegetable site, creating what Better Origin says is the world’s first “fully circular waste-to-food system” driven by a supermarket.

Morrisons are selling the eggs for £1.50 per pack of six in 50 of their shops in Yorkshire and at their low environmental impact shop in Little Clacton, Essex. But they plan to broaden the project, aiming to be directly supplied by “zero emission” British farms by 2030.

The hens which lay the carbon neutral eggs are fed locally-grown grains as well as insects, which helps cut down on gas emissions from far-away feed farms. The production of soya, meanwhile, is the second-largest contributor to rainforest loss according to Better Origin and cutting it from hens’ diets helps reduce CO2 emissions.

Morrisons egg farms also offset their CO2 emissions with wind turbines, solar panels and trees. The eggs produced at them are the first to feature the British Lion Egg green stamp recognising their environmentally-friendly status and have been confirmed as carbon neutral by a Cambridge University study.

Better Origin doesn’t plan to stop at eggs, though. The company says that the successful rollout of their waste-to-food system at Morrisons could be followed by changes to the way pork and seafood is produced, as well as pet food.