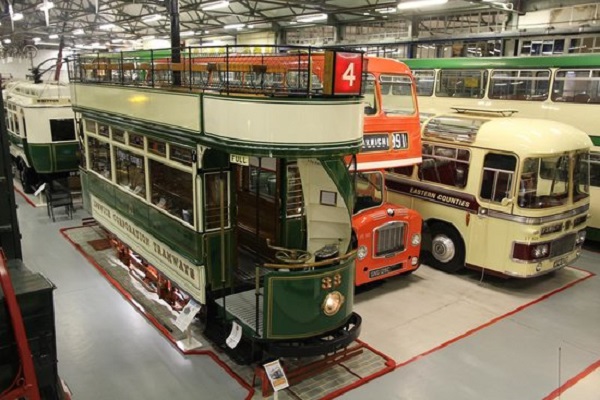 The Ipswich Transport Museum has the largest collection of transport items in Britain devoted to just one town. Everything was either made or used in and around Ipswich, the county town of Suffolk.

The collections also include the Ipswich Engineering Collection; displays and objects celebrating the rich engineering history of Ipswich.

The Ipswich Transport Museum was founded in 1965 as the Ipswich Transport Preservation Group, and since that time a collection of over 85 vehicles has been built up to give a fleet of exhibits second to none in the country. We have one of the widest ranges of commercial vehicle types in any Museum collection and this is even more remarkable when you consider that all our exhibits were used in or around the Ipswich area, with a significant proportion of them actually being built in the Town.

Until 1988 this fine collection was housed in a wide number of different storage places around Ipswich, ranging from sheds to barns and some in open storage areas. The frequent moves from one place to another, coupled with the problems of vandalism and weather damage has made their survival even more remarkable.
In 1988 the Museum was granted a licence to occupy two thirds of the former Priory Heath Trolleybus Depot, and this enabled the many exhibits to be gathered together under one roof for the first time in their lives.

Since 1988, volunteers have transformed the redundant building into a valuable leisure and educational resource. A 175,000 pound scheme renewed the roof and three sides of the building, incorporating new doors. This has provided a weatherproof, insulated shell to protect the exhibits inside.

Many of the exhibits on display have been carefully restored, whilst others await attention. Many are rare and are recognised as being of national as well as local importance.

The Ipswich Transport Museum has around 100 major exhibits and many small items connected with transport in Ipswich.