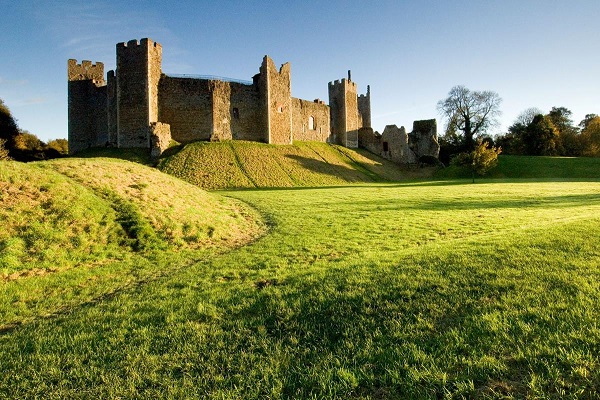 Once a fearsome fortress, muster your courage and explore Framlingham Castle towering walls. It was behind these walls that Mary Tudor was proclaimed Queen of England.

Framlingham castle, which stands above a large artificial mere on the outskirts of the town, is one of the most complete castles in Britain. Dating from 1100, the castle was once the stronghold of King John in his struggle with the Barons and was later the sanctuary of Mary Tudor, before she rose to the throne in 1553. It eventually became the seat of the successive dukes of Norfolk.

The fortifications were largely rebuilt in the 16th century, incorporating thirteen square towers within its extensive curtain wall, some rising to a height of 60 feet. In the 17th century the castle was given to Pembroke College, when the interior was demolished to make way for a poor house.

The castle is now open to the public, who are free to climb the magnificent battlements and experience exceptional views over the surrounding countryside.