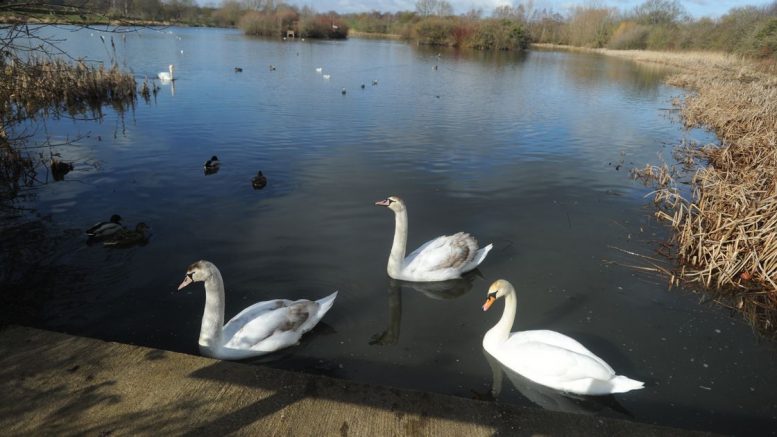 Peterborough City Council have warned that the sight of dead birds in the city is “likely to become a fairly common sight” over the next few weeks. This follows on from a number of suspected bird flu cases being reported in the area.

Cases are believed to have been discovered at both the Embankment and Ferry Meadows country park so far. The Nene Park Trust have also put out signs warning visitors about bird flu after dead swans were found in the park.

Mandatory housing measures for all poultry and captive birds were introduced in England on Monday (November 7) to prevent the spread of the disease. Bird keepers are also being encouraged to register with the APHA to stay up to date on bird flu developments.

Get more local news from CambridgeshireLive straight to your inbox for free HERE .

The Department for Environment, Food and Rural Affairs have said they are unable to comment as they are still investigating the incident. However, there have been confirmed cases nearby recently, including Oundle and West Suffolk.

A spokesperson for the city council said: “We are seeing unprecedented numbers of bird flu cases nationally, and whilst cases involving captive birds tend to get the media attention, sadly so many wild birds are also being affected and sights such as these are likely to become a fairly common sight.

“If you report a dead wild bird, Defra and APHA may arrange to collect it and test it. This is to help explain where bird flu is spreading in Great Britain and in which types of birds. Do not touch or pick up a dead or visibly sick wild bird.

“The national advice on public health being issued online. Nevertheless the very clear message is that the public should not touch or pick up dead or visibly sick wild birds but should instead report them to DEFRA.”

To find out more about the latest information about Bird Flu, including symptoms, how to report sick birds and the latest control measures you can visit the Goverment website here.