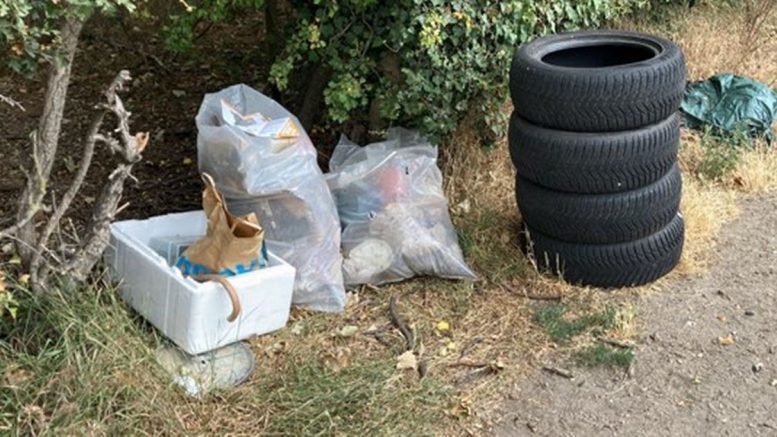 A Cambridge man has been fined hundreds of pounds for fly-tipping – after a name and address was found written on a dumped takeaway bag. The rubbish, including four car tyres and polystyrene packaging, was left on Whittlesford Road, Little Shelford.

The waste was discovered in July. A passer-by reported it to South Cambridgeshire District Council, whose Environmental Crime Enforcement Team visited the scene.

Officers found evidence – including the takeaway bag – among the rubbish that linked it to a property in Cambridge. The homeowner was then interviewed under caution but couldn’t explain how his waste had ended up being dumped.

Read more: All the transport changes Cambridge is facing including congestion charges and new speed limits

As a result, a Fixed Penalty Notice of £400 was issued and reduced to £300 for prompt payment. People can be prosecuted if they allow waste to be removed by an unlicensed carrier, or without completing the proper checks and paperwork.

Prosecutions can also be brought if waste is fly-tipped on someone else’s behalf. Registered waste carriers to provide a skip or collect rubbish can be verified on the Environment Agency website.

Anyone who witnesses someone fly-tipping should call police on 999 and report it as an environmental crime in progress. If the culprit isn’t around, piles of fly-tipped rubbish should be reported to the council.

Cllr Brian Milnes, the council’s lead cabinet member for environment, said: “Unfortunately, this is another example of someone not taking responsibility for their rubbish. If you have rubbish from home to dispose of, take it to a Household Recycling Centre like those at Milton or Thriplow, or use a business or contractor licensed as a waste carrier by the Environment Agency.

“This means that you can be confident that they will dispose of it legally and responsibly. Local Facebook groups are filled with people asking for someone to take their rubbish away – so it’s vital that anyone who offers that service is a licensed waste carrier. If they are not, and you use them, you could end-up with a fine and even a criminal record.”