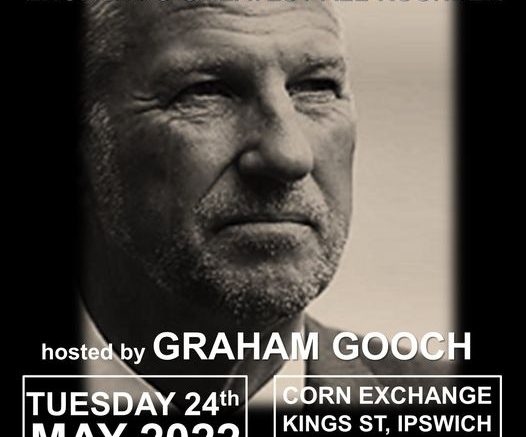 As names go they don’t get any bigger than this. What a treat to have Sir Ian ‘Beefy’ Botham at the Corn Exchange in Ipswich on Tuesday 24 May 2022. 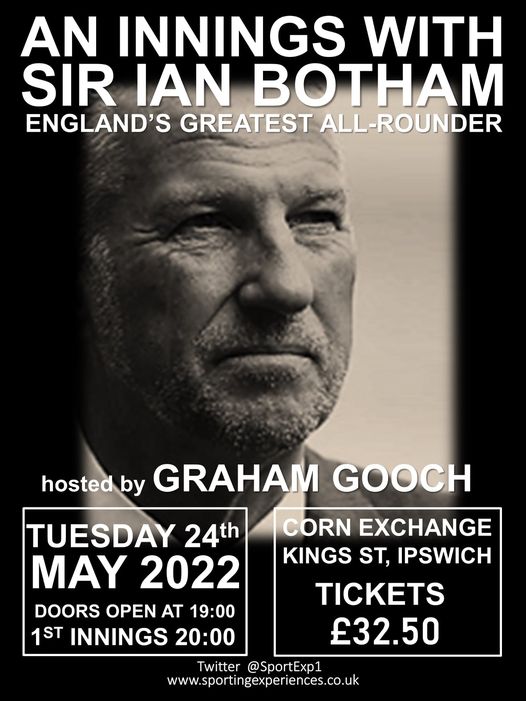 Former English cricketer Sir Ian Botham OBE is widely regarded as one of the greatest all-rounders in cricket history. Since his retirement from competitive cricket Sir Ian has continued his involvement in the game through the role of cricket commentator for Sky Sports, writing a column for a national newspaper and continuing his amazing work for charity.

Host for the evening is another English Cricket legend Graham Gooch who was one of the most prolific run makers top-flight cricket has ever seen. Graham will take a nostalgic look back on Sir Ian’s illustrious career with numerous anecdotes along with ‘Beefy’s’ opinions on the current state of English Cricket and the game in general. In what can only be described as a brilliant and colourful career both on and off the pitch, Sir Ian will talk about the highs, the lows, the funny stories and the controversial ones and of course all about his unbelievable charity work.
Ipswich Corn Exchange will be open from 7pm with the main event starting at 8pm. At the half time interval there will be a raffle with some great prizes up for grabs. On the night there is also the chance to ask Graham and Sir Ian lots of questions and to purchase some fantastic sporting memorabilia.

With only a limited number of tickets available and to avoid disappointment it’s important to book now for what promises to be a fantastic night of fun and entertainment for all sport enthusiasts.